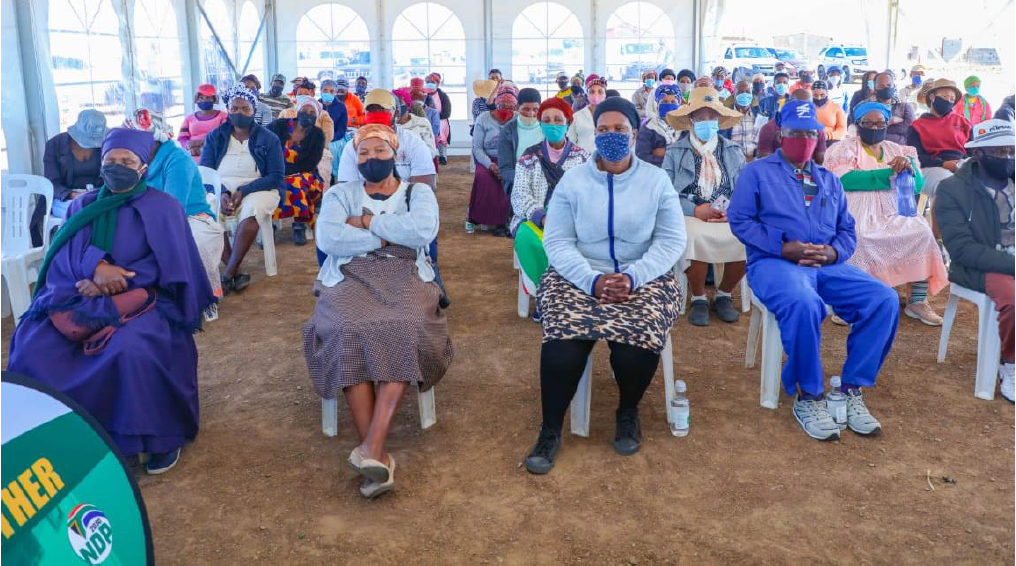 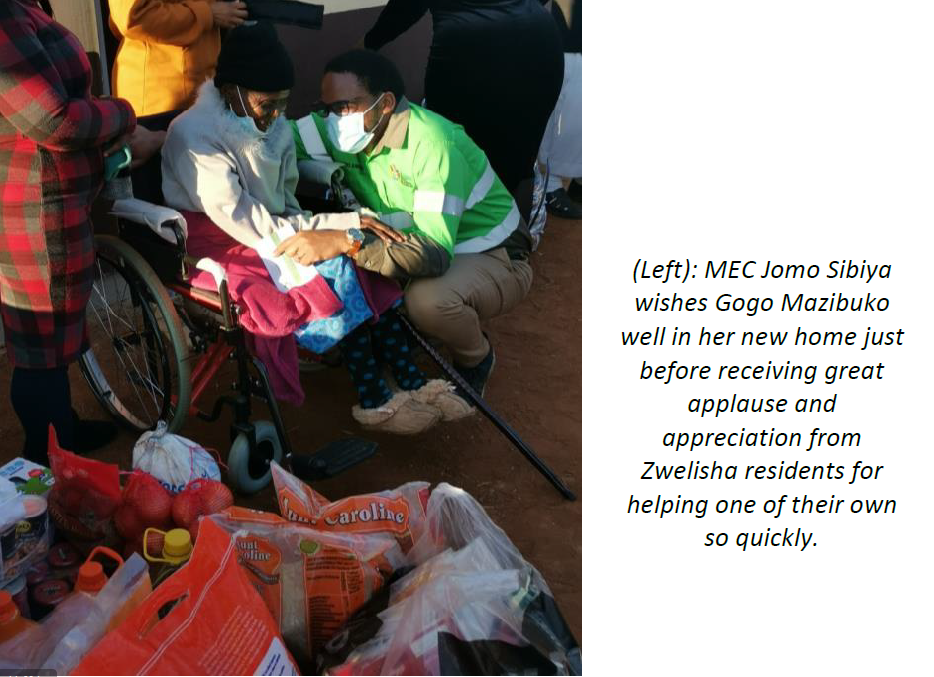 In the Budget Presentation for the KZN Department of Human Settlements (Vote 8) on 21 May 2021, MEC Jomo Sibiya committed to doubling efforts to ensure the provision of sustainable human settlements to heal the wounds of the past. At the tempo with which the MEC moves to better the lives of people, one may be forgiven for not realising that he will be marking his first 100 days in office only this week.
Since being sworn in as the MEC for Human Settlements and Public Works on 9 March 2021, the hardworking “servant leader” has already actively engaged in development interventions in more than half of KwaZulu-Natal’s 44 local municipalities, with his hands-on and life-changing interventions today (13 June 2021) being in two local municipalities in uThukela District.
The visits to oKhahlamba Local Municipality and Alfred Duma Local Municipality marked the handover of a house to Gogo Mazibuko who is over 90 years old and living in abject poverty and title deeds to residents of St Chads, respectively.

News of Gogo Mazibuko’s plight reached MEC Sibiya through social media, with the MEC and his officials responding with haste to better her life. The MEC visited Gogo Mazibuko in Zwelisha in Ward 9 near Bergville on the morning after presenting his Budget Speech. He promised the Gogo that a house will be built for her in less than a month through the Operation Sukuma Sakhe (OSS) Programme. Just as he kept the promise to build a house within a month following an urgent intervention in Msinga in April 2021, the MEC once again proved that he makes no empty promises. Gogo Mazibuko’s house was handed over to her within three weeks after the MEC’s promise!
This handover comes just five days after MEC Sibiya was in uMtubatuba Local Municipality to introduce a woman emerging contractor who will construct houses as part of OSS. The MEC insisted that it will not take longer than 21 months to construct these 100 houses.