Office of the MEC 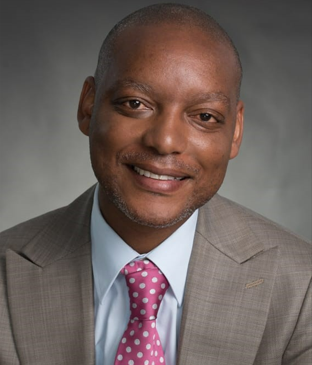 MEC Dr. Ntuthuko Mahlaba was born in eNquthu, in northern KwaZulu-Natal in August 23, 1981. Married to his childhood sweetheart, their union blessed them with two children.

He began his schooling at the Emdlenevini Lower Primary School, then proceeded to Bhembaskop Intermediate School, before matriculating at the Vryheid Comprehensive High School.

In the year 2000, he enrolled as a student for a Bachelor of Medicine degree (MBCHB) at the KwaZulu-Natal University School of Medicine. Whilst at University Dr Mahlaba became actively involved in student politics, citing social ills that plagued students as the main factor that persuaded him to challenge the system. He grew increasingly agitated by the large number of students who were academically excluded from tertiary institutions due to financial woes. In his second year at medical school, Dr Mahlaba was elected as the president of the Students' Representative Council, serving for two terms between the years 2000 to 2005. His close associates often described him as a dedicated, principled and selfless leader. Among his many achievements during his tenure as the leader of students, was to temporarily halt the exclusion of academically deserving students, fought for the increase of study funds for students and convinced university management to increase the number of student accommodation at the institution.

After completing his degree in 2005, he served as a Medical Intern for a year, before commencing his duties as a Medical Officer at the Madadeni Regional Hospital, in Newcastle in the north of KwaZulu-Natal. Dr Mahlaba continued to be heavily involved in the political affairs of Newcastle within the African National Congress. In 2007 he was appointed as a permanent staff member at the Madadeni Regional Hospital as a Medical Doctor. In the same year, he was elected as a shop steward, responsible for mobilizing workers, gallantly fighting against the oppression and victimization of workers in the work place. Dr Mahlaba led his successful campaign of constantly fighting for the transformation of unfair labour laws in health institutions. His approach made him unpopular with his employers, but got the support of his colleagues.

When harsh conditions subsided and improved in the public health sector, in 2008, Dr Mahlaba established his own practice as a General Practitioner, whilst leading an active political role.

In the year 2010 Dr Mahlaba was elected as the Regional Chairperson of the African National Congress Youth League (ANCYL) in the ANC’s Emalahleni Region. He was re-elected to the same position in the year 2014.

His robustness and enthusiasm saw to his growth in the rank and file of the ANC. Dr Mahlaba maintained his strong views and distastefulness of the inhumane conditions at which poor South Africans were subjected to, particularly the previously disadvantaged community living in Newcastle.

He gained a lot of support from those who shared his compassionate views about the daily struggles of members of his community. Dr Mahlaba often shunned holding public office, often saying he was duty-bound to serving people without a position in government.

He was elected as the Chairperson of the ANC’s Emalahleni Region in a hotly contested election in 2014. In 2016 he was re-elected as the Chairperson of the region, gaining the support of an overwhelming majority. He was deployed by his party to the Newcastle Municipality two years later, where he served as PR Councillor, and elected as the municipality’s mayor in March 2019. He often says he took up the position due to the strong pressure and persuasion from his fellow comrades.

Subsequently he was sworn in as an MPL on August 10 and the following day August 11 a week ago he was appointed MEC for Human Settlements and Public Works.

Early this year he graduated with Postgraduate Diploma in Local Economic Developement obtained in 2021 Graduate School of Business, University of KwaZulu Natal. He is currently pursuing a Masters Degree of Commerce in Leadership Studies (In progress) 2022 Dr Mahlaba is best renowned for his tough stance on corruption and his strong views on serving the public first before personal interest.

His favorite quote is, “In a gentle way, you can shake the world, for we rise by lifting others.”